Starting on August 19th, you can help support the children and families served by the Jennifer Ashleigh Children’s Charity (JACC) by making a donation at any of the more than 660 LCBO stores throughout Ontario. Donation boxes for JACC will be displayed at LCBO checkout counters until September 15th, 2018.

Funds raised through this program will help seriously ill children across Ontario get the medical care and treatment they need by helping with expenses surrounding theirillnesses. JACC’s mission is “Improving the quality of life for seriously ill children and their families…when love is not enough.” This program is a highly efficient way of raisingfunds to help sick children in need, because customers can donate directly at the checkout counter.

Jasper (pictured) was diagnosed with a mass on his brain at just three days old and had emergency surgery to relieve the pressure on hisbrain. Seven months later, a follow-up test revealed that Jasper had a brain tumour, and he endured 22 months of chemotherapy. Jasperis featured on this year’s donation box backer card.

“After the surgery, Jasper spent two weeks in the NICU, and four more weeks in the neurosurgery ward. We live in the same city as thehospital so we could go home to sleep, but spent every day with Jasper.

He was eventually discharged, and we thought that everything was fine. Jasper had a follow-up MRI seven months later, whichrevealed the source of the bleeding—a large tumour, along with other smaller tumours. They did a biopsy, and he was diagnosed with an extremely rare malignant brain tumour.

JACC has been a lifeline for us. Since we received financial assistance from them, Jasper has been able to have the physio and speechtherapy he desperately needed. He reached a milestone after his very first session!”

Founded in 1990, JACC is a registered Canadian charity that is not illness or disease specific, helps children from birth to 18 years of age, and acts as a “safety net” forOntario children when all other resources have been exhausted. JACC has provided crucial, time-sensitive help to almost 15,000 seriously ill children over the past 28 years.

“LCBO’s province-wide store network and incredibly supportive staff help to raise significant funds that help the families we serve across Ontario who have nowhere else to turn, as well as increase public awareness of our charity. Since our partnership began, the LCBO, its employees and customers have directly impacted the lives of more than160 children and their families. We are so grateful for the support we have received!” says Jane Sleep, JACC’s Executive Director.

As a socially responsible community-minded retailer, LCBO is pleased to partner with the Jennifer Ashleigh Children’s Charity (JACC) who directly supports seriously illchildren and their families,” says LCBO Jennifer Bell, Vice President, Communications & Corporate Affairs. “Through the generosity of LCBO customers and the support of ourstaff, we are able to improve the lives of countless Ontarians and make a difference in communities across Ontario.”

JACC is one of 27 provincial and numerous local charities that will benefit from LCBO’s province-wide donation box program in 2018. In fiscal 2016 -17, LCBO raised a total ofmore than $13.3 million for charities through in-store fundraising, special programs and initiatives. In addition, LCBO’s annual dividend transfer to the Ontario government,which totaled $2.06 billion in fiscal year 2016-17 ending March 31, 2017, excluding taxes, supports a wide range of important government programs, services and priorities,including health care and education.

JACC thanks the public for its support when shopping at their local LCBO store from August 19th – September 15th 2018. 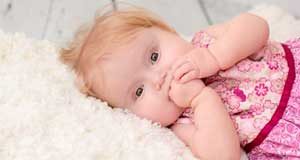