Israel resident says funds given to Hamas cause warfare

Posted by: Bulletin Editor August 8, 2014 Comments Off on Israel resident says funds given to Hamas cause warfare 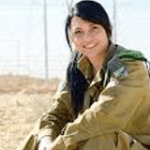 There have now been 3 wars between Gaza and Israel in the past 6 years. If nothing is done to stop the protagonist—the Islamic resistance army more commonly known as Hamas—then the only certain future for the area is that there will be another war in the not too distant future.

While many world leaders recognize the necessity of eliminating Hamas—both for the benefit of Israel and for the Palestinian civilians who suffer negatively both directly and indirectly from the decisions made by Hamas—few have the foresight or vision  as to how to accomplish this task.

The Palestinian authority does not have the will or the capability to eradicate Hamas. The Arabs cannot be trusted to do it—with the possible exception of Egypt, which has been destroying terror tunnels in Gaza, enforces the necessary blockade to stop terror supplies reaching Hamas, and has thwarted an Islamic suicide bomber terror attack and rocket attacks aimed at Israeli civilians in the past month.  Israel has the capability to get rid of Hamas, but the world accuses Israel of being too brutal in doing it. The western countries that could do it know full well that if they were to do it that they would behave as ‘brutally’ as they accuse Israel of in the face of Islamic terrorists using civilian human shields, and they would have to come to terms  with their hypocritical stance towards Israel. Western countries also have no appetite to fight any Islamic terrorist group—especially one playing hostage to a civilian population.

While it is, sadly, abundantly clear that the world is not actually prepared to do what is needed to stop the conflict reoccurring, the western world does  have some control. Funds given to the Palestinians should be strictly controlled—it is irresponsible (if not downright murderous) to continue to look the other way while the Palestinian terrorists get rich, spare no expense on buying rockets and invest millions in terror tunnels. Without funds the terror trade of Hamas will die, even though the ideology of course will not.  Perhaps this is the best solution that the western would is prepared to fathom for now.

Michelle Moshelian, an American ex-pat and writer, lives in Givatayim, Israel. She is a gemstone columnist and says she is: “Responsible for developing the social media marketing strategy of the Israel Diamond Institute”