It’s safe to say that what was once an open patch of land in the heart of the Downtown core is now a vibrant neighbourhood full of community spirit.

That was the overwhelming sense from the thousands of families, 20-somethings and empty-nesters who attended the first annual Cityfest event at Concord CityPlace on Aug. 17 at Canoe Landing Park. 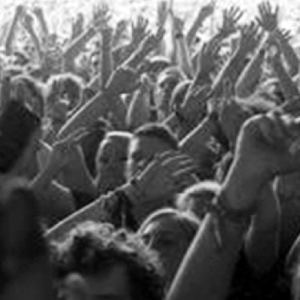 “Cityfest is an event that was organized by a dedicated group of volunteers, many of whom live in the CityPlace community,” said Tiberiu Scrieciu, who has been a longtime resident of Concord CityPlace and one of the festival’s co-organizers.

“We wanted to do something that would bring this community together and both residents and visitors from surrounding neighbourhoods had a fantastic time.”

The day-long festival featured food from the Smoke’s Poutinerie food truck and the local grocery store, Sobey’s. Molson Canadian set up a large beer tent for thirsty patrons and a number of other neighbourhood businesses set up tents with activities, including Porter Airlines, the Toronto Raptors and Concord Adex, the community’s developer.

Entertainment continued throughout the day, with emceeing from comedian and singer Nicole Arbour and performances from 12 artists, including up-and-comers iSH and Zolo and headliner, and Juno nominee Karl Wolf. Another popular part of the lineup was the “CityPlace Got Talent” competition, which led to performances from six CityPlace residents who had won a Facebook contest for the chance to perform at the event.

“Cityfest was a great way to celebrate what this neighbourhood has become,” said Phuong Dinh, one of the day’s co-organizers. “We can’t wait until next year!”