If she presses her laugh button it’s funny

Posted by: Bulletin Editor March 25, 2014 Comments Off on If she presses her laugh button it’s funny 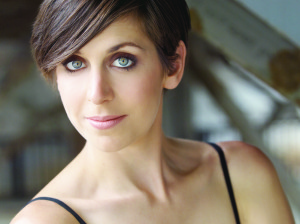 A crucial step for comedian Allison Price in writing skits for a performance is the laugh factor. If the material makes her laugh then most likely others will enjoy it too but she and the Second City comedy team uses the audience’s reactions leading up to the main stage show as their guide to success.

“At Second City we are really lucky because we never really close our show,” Price told The Bulletin. “What happens is when we start writing a new show we use improv set material. We literally always have a wonderful sounding board with our audience. We can test to see if it’s funny.”

The Bathurst and King resident had known early on in life that she wanted to be on stage after appearing as part of the choir in the award winning play Joseph and the Technicolor Dream Coat. She went to Ryerson Theatre School, where after finishing her third year, found out about Second City where she started taking classes at their training centre and fell in love with comedy.

“I was always interested in theatre since I was six years old,” Price said. “I was excited about theatre and music. I was in a choir and I had an opportunity to be in Joseph and the Amazing Technicolor Dreamcoat in Toronto for six months and from that point on I was totally hooked on performing.”

Giving advice to future comedians, Price advises them to do and see as much as they can do. Never stop, never be complacent and always push forward. She says a lot of events that have led to her success have been in things she was scared of. And those are the ones that have paid off.

“The initial decision to become a full time comedian can be terrifying,” Price commented. “If there is no backup plan or financial support it is difficult to know what will happen after a show closes in six to nine months. Performers rely on chance at an audition, but the people who are successful are those who, while working, are creating better material. You become very self motivated and self reliant.”