How much public money goes to private clinics in Ontario?

Posted by: Bulletin Editor September 12, 2013 Comments Off on How much public money goes to private clinics in Ontario? 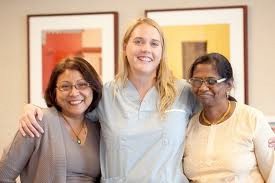 How much public money does the Ontario government dole out to private clinics like the Kensington Eye Institute? Getting that information and other similar information about independent (private) health facilities/clinics is proving to be a long, protracted challenge for the Ontario Council of Hospital Unions (OCHU).
OCHU filed several freedom of information (FOI) requests in the spring of 2012 pertaining to funding arrangements between the province and independent clinics. One of the FOIs was specific to the Kensington Eye Institute. It concerned the provision of cataract surgeries, associated capital costs, operating costs and fee payments under OHIP since the clinic began operating in 2006.

“Despite our best efforts to get the information and several appeals over nearly a year and half, we have been denied access,” says OCHU president Michael Hurley. OCHU was recently advised that the Ministry of Health and Long-Term Care is purposely withholding some of the information “because it is in the process of developing a Request for Proposal for the provision of cataract surgeries” in November 2013.

This is not the first time that the province has attempted to withhold information about private deals in the health sector. OCHU and other advocates of public health care had to take court action to obtain access to information related to the privatized construction and operation of a hospital in Brampton.

“We had difficulty in obtaining the information about how much the hospital actually cost to build. We believed there were extra costs. Eventually when the contract was made available through the courts, it came heavily redacted and could only be seen by our lawyer. Ultimately, the Ontario auditor confirmed there were all sorts of unreported, extra costs associated with the project.

The province is essentially keeping the information on these types of deals, secret,” says Hurley. “But Ontarians have a right to know how public money is being used. This is particularly important since the government announced in the dog-days of summer a regulation change, that will shift many hospital-based surgeries and services out of hospitals into new private clinics.”

The record of independent clinics has not been one to crow about. The transfers of hospital services to stand alone facilities in the United States were halted by Congress after numerous fatalities. In April 2012, an audit of the private Cambie Clinic in British Columbia found close to $500,000 in illegal extra billing and $66,000 in double billing within a 30-day period.

Right here in Ontario, this past July, the government released a 2011 audit of private physiotherapy clinics that looked at 15,000 records and found that 58 per cent of them failed to support OHIP billings. They found that 5-minute exercise classes were sometimes billed as physiotherapy care plans, record keeping was incomplete, and physician referrals were sometimes lacking. Even the minister admitted they (the physio clinics) were “taking advantage”.

“Instead of integrating and coordinating the public system, the provincial Liberals are fracturing the system by actively expanding the role of new private clinics and turning public hospital surgeries over to them. They are creating problems rather than solving them. As more and more health services are moved out of public hospitals Ontarians will have little access to information about how these private clinics are operating and how much provincial funding is going to them,” says Hurley.

2013-09-12
Bulletin Editor
Previous: Jane and Finch Street Party for a $14 minimum wage
Next: Police use of deadly Tasers to grow, not decline