“Despite the continuation of inclement weather in February, we did see a moderate uptick in sales activity last month. The sales increase was largely driven by resale condominium apartments. New listings of resale condominium apartments were up on a year-over-year basis, giving buyers ample choice. This is in contrast to the listings situation for singles, semis and townhomes, where supply continued to be constrained. Some would-be buyers had difficulty finding a home that met their needs,” said Ms. Usher.

“If we see renewed growth in listings for low-rise home types, the pace of sales growth will accelerate as we move through the year,” Ms. Usher continued.

“While the strong price growth experienced over the last year should prompt an improvement in the supply of listings, sellers’ market conditions will continue to prevail this year. Home prices, on average, will trend upwards at a pace well-above the rate of inflation. The impact of strong price growth on affordability will be mitigated by low borrowing costs,” said Jason Mercer, TREB’s Senior Manager of Market Analysis. 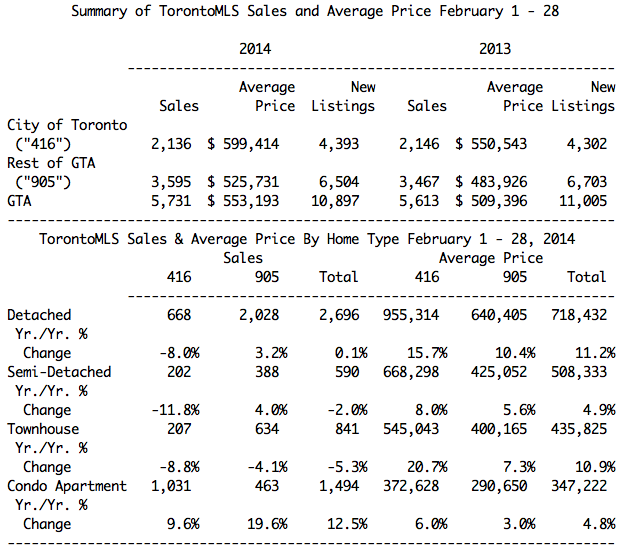