A driver found operating a motor vehicle with a fake insurance card during a routine police stop led investigators to an elderly suspect who was selling the fraudulent liability cards, also known as pink slips, to victims.

Alexandr Chertin was arrested and charged with selling fake insurance. 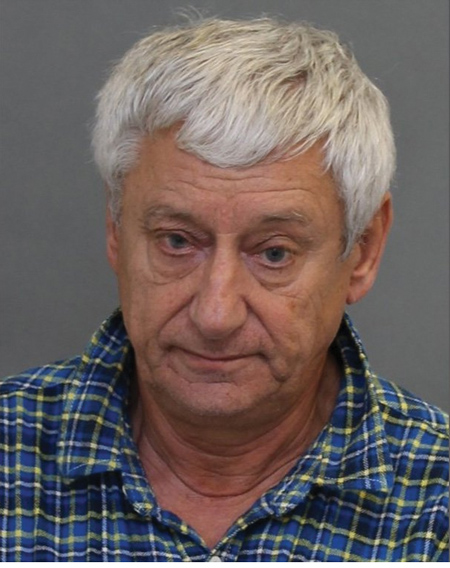 Alexandr Chertin was arrested and charged with selling fake insurance.

On Tuesday, October 28, Financial Crimes investigators executed three search warrants in the city’s west end, then arrested and charged 73-year-old Alexandr Chertin, who is not legally allowed to sell insurance.

At a press conference at police headquarters on November 4, Detective Robert Ermacora said it’s alleged that Chertin collected instalments – mostly cash — from over 100 victims since 2013.

Ermacora is urging people who have purchased fake insurance from Chertin to contact police.

He warned drivers operating a motor vehicle without valid insurance that they will face a first-time fine of $5,000.

Chertin will make another court appearance on November 25.

“Ontario drivers might think they are insured when, in fact, they are not,” Dubin said. “A legitimately pink liability slip on your vehicle is a confirmation that you have a contract that exists between you and your insurance company. It also serves as confirmation of an approved and licensed representative-bound coverage.

If it seems too good to be true, it probably is!

“If someone offers you insurance in a doughnut shop, rather than in their office, you really have to question the legitimacy of the transaction. A red flag should go up immediately and it’s time to walk away from the deal.”

Dubin added that IBC and its member insurance companies in partnership with law enforcement are committed to preventing, investigating and prosecuting insurance crime and educating consumers about the cost of insurance fraud.

“It’s our hope that, by working together, the insurance industry, police and consumers will make it more difficult for criminals to put us at risk,” he added. “In this particular case, IBC – in partnership with member insurance companies — worked with police sharing knowledge about insurance practices and false insurance slip concerns.”

Anyone who has bought fake insurance from Chertin is asked to contact police at 416-808-2222.