Elect a positive leader in Ottawa

Posted by: Bulletin Editor September 1, 2015 Comments Off on Elect a positive leader in Ottawa

While most Canadians were off enjoying their summer holidays Prime Minister Stephen Harper asked Gov. Gen. David Johnston to dissolve parliament on August 2. The call for a federal election means a long 78-day campaign to October 19. Long campaigns are uncommon in federal politics because they can cost so much to run ($400 million according to Liberal critiques, $125 million more than a regular five week campaign) and generally benefit those in power. 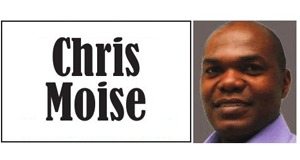 The Tories as the sitting party have a large war chest and believe a long campaign will benefit them because they can outspend the other parties.

They know that voters have short memories and hope to gain from a host of tactics that do not place faith in the Canadian voter or in democracy itself.

The timing of the call for the election is peculiar; not only was it a holiday across the country, but Mike Duffy’s Senate trial was going to hear from Harper’s former chief of staff, Nigel Wright.

Did Harper and the Tories hope that a call for an election would allow him to distract Canadians from Duffy’s Senate scandal and the role of the PM’s office in that scandal? Was this his attempt at a magician’s slight of hand?

Sadly, whatever the relationship between Wright and Duffy and the money that passed between them, the prime minister should ultimately bear responsibility.

If he knew nothing about the money or the deal, he was incompetent, if he did know about them, he was irresponsible.

No one has raised these simple issues. Can you imagine any other CEO being able to dodge such responsibility?

Imagine in your own life trying to convince others of your lack of culpability.

In the end the PM should be responsible for everything that happens in his office; after all that is why he was elected. If Harper really wants to run on his record and his ability to govern, is this not an important part of that record?

When the election was called everyone believed the primary issue was going to be the economy. Canada is currently the only G7 country heading into an official recession (two successive quarters with no growth).

We owe this problem to the drop in oil prices and the Tory support for the tar sands in Alberta and offshore drilling in Newfoundland.

When oil prices were high, the Tories were able to do what they wanted with the taxes from oil revenues and no one raised as fuss. After all, extracting oil from the tar sands is not only energy and labour intensive but also cost intensive.

With low oil prices, revenues have dropped resulting in a stalled Canadian economy.

Because the Tories chose to place all their eggs and capital in one dangerous basket we are in this situation.

Now imagine, that instead of tying Canada’s economy to resource extraction—especially only one resource (oil)—and diversifying across the economy, we might not be facing such a sharp slowdown.

Rather than addressing issues of the economy the Harper government has thrown all its campaign capital into attack advertisements critiquing Justin Trudeau and his ability to govern.

These ads are intended to raise concerns in the minds of voters.

But are Canadians really swayed by such obvious tactics? Are we not, as an electorate well informed and intelligent and above such childish finger pointing?

A couple of weeks into the campaign, Harper upped the ante. Instead of telling voters to fear Trudeau’s ability to govern he added to the cabal of fear.

In speeches and stumps across the campaign trail he has reminded Canadians about the big bad world that waits outside Canada’s door. Stephen Harper’s Tory mantra is be afraid, very afraid.

Instead of selling a positive message of governance, the Tory playbook is replete with scare tactics that are reminiscent of those used by Republicans in the U.S.

Harper knows that to look at his record of governance is to see a collection of tactics which show disdain for regular Canadians; those without connections to Tory bigwig donors.

Under Harper we have experienced nine years of deficits, growing unemployment and a reduction in employment benefits, a withdrawal of protection for our lakes and rivers, a reduction in funding for science across the country, attacks on Canadian democratic rights and a loonie that continues to fall.

Do we really want a government that resorts to such tactics to garner the Canadian vote?

Is it in our own best interest to reward a party that has repeatedly violated the rights of Canadians as democratic voters?