EI tax freeze will keep plucking workers until 2017 or later

Posted by: Bulletin Editor September 9, 2013 Comments Off on EI tax freeze will keep plucking workers until 2017 or later 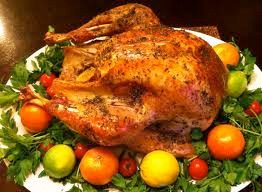 The 3-year freeze on federal Employment Insurance tax rates announced today by federal Finance Minister Jim Flaherty means Canadian workers will keep getting plucked, like a Thanksgiving turkey, for the costly program until at least 2017, according to the Canadian Taxpayers Federation (CTF).

We don’t see this as good news. Mr. Flaherty should not be freezing EI tax rates, he should be cutting them.”

“Thanksgiving is coming, and it’s working Canadians who are getting plucked,” Thomas added.

The government took in nearly $3 billion more in EI taxes than it paid out in EI benefits in the 2012-13 fiscal year. The government’s own forecasts show multi-billion dollar EI surpluses until 2017.

After hiking EI rates now three years in a row, it’s pretty convenient now that this is where they want to freeze them until 2017.

We see again today that EI is not an insurance program at all, it is simply a tax grab.