Accessibility for Ontarians with Disabilities update

Posted by: Bulletin Editor January 13, 2017 Comments Off on Accessibility for Ontarians with Disabilities update

Ontario’s Cabinet Shuffle Is a Step Backwards for 1.8 Million Ontarians with Disabilities

We unfortunately start this new year with a Cabinet shuffle that for people with disabilities, is a case of one step forward and then seven months later, one step backward. Yesterday’s Cabinet shuffle significantly unravelled the gains we applauded last June.disabled Ontarians

For years, we pressed the Ontario Government to appoint a stand-alone Cabinet minister with full-time responsibility for leading the implementation and enforcement of the Accessibility for Ontarians with Disabilities Act (AODA). Two successive Government-appointed Independent Reviews, one in 2010 and one in 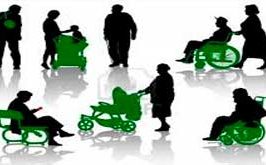 2014, both called for the Government to show strong new leadership on its AODA implementation.disabled Ontarians

We were delighted last June, when Premier Wynne appointed Tracy MacCharles to serve as Ontario’s first Accessibility Minister. While Minister MacCharles was not assigned to this on a full-time basis, her only other ministerial duty was as the Minister Responsible for Women’s Issues. This was far closer to a stand-alone accessibility minister than we’d ever before come. Previous ministers responsible for the AODA had so many other ministerial duties that they, too often gave accessibility short shrift.disabled Ontarians

In yesterday’s small Cabinet shuffle, Premier Wynne appointed Tracy MacCharles to also serve as Ontario’s Minister of Government and Consumer Services. Apart from her AODA duties, she must now lead and oversee all of the Ontario government’s services to the public and all regulation of consumer services.

In our January 13, 2017 letter to Premier Wynne, set out below, we raise two serious concerns. First, Minister MacCharles will not be able to devote anywhere near the same time to developing and enforcing AODA accessibility standards, given her heavy new ministerial duties. The Ontario Government has fewer than eight years left to lead Ontario to full accessibility for people with disabilities, the deadline that the AODA sets. Ontario still lags behind schedule to reach that goal on time. Ontarians with disabilities need every minute they can get of Minister MacCharles’ time and attention.disabled Ontarians

“As Accessibility Minister, she is responsible for enforcing the AODA against all organizations that must obey it. This includes the largest organization in Ontario that must obey it, the Ontario Public Service. As Government and Consumer Services Minister, she is responsible for leading the Ontario Public Service in its efforts to obey the AODA.

It is wrong for her to be in a position to have to be the enforcer and the defendant at the same time, and to be expected to enforce the AODA against herself.”

To help reduce the problems that this Cabinet shuffle created, we urge the Wynne Government to assign the AODA’s enforcement to an arms-length, independent agency.

You can always send your feedback to us on any AODA and accessibility issue at aodafeedback@gmail.com disabled Ontarians

To sign up for, or unsubscribe from AODA Alliance e-mail updates, write to: aodafeedback@gmail.com

We encourage you to use the Government’s toll-free number for reporting AODA violations. We fought long and hard to get the Government to promise this, and later to deliver on that promise. If you encounter any accessibility problems at any large retail establishments, it will be especially important to report them to the Government via that toll-free number. Call 1-866-515-2025.

Please pass on our email Updates to your family and friends.

We were very concerned to learn from the media about yesterday’s Cabinet shuffle. It assigned to Accessibility Minister Tracy MacCharles the major added responsibility of serving as Ontario’s Minister of Government and Consumer Services. This is a real set-back for 1.8 million Ontarians with disabilities.

Just seven months ago, on June 13, 2016, you made history by appointing Tracy MacCharles as Ontario’s first Accessibility Minister. We congratulated you for this. This was the closest we had ever come to our years-old dream of a stand-alone full-time minister responsible for this important area. It was a good way to kick-start lagging action on accessibility. It was beginning to show real promise just before your Cabinet shuffle took place.

Two successive Government-appointed Independent Reviews of the Accessibility for Ontarians with Disabilities Act (AODA) had earlier pressed the need for renewed leadership in this area. This is needed because Ontario lags behind schedule for ensuring that this province will be fully accessible to people with disabilities by 2025, the AODA’s deadline. The AODA requires the Ontario Government to lead Ontario to that goal on time.

In the 2015 fall, Prime Minister Trudeau commendably appointed Canada’s first national minister for people with disabilities, Carla Qualtrough. Your appointment of Minister MacCharles to a comparable role in Ontario, followed on the heels of that very positive federal move.

Before last June, responsibility for leading the AODA’s implementation and enforcement had rested with the Minister of Community and Social Services (2005-2011) and then the Minister of Economic Development (2011-2016). In both cases, those ministers had so many other duties that the AODA was just a small part of their mandates. It secured insufficient ministerial attention. People with disabilities suffered as a result.

“Two successive Government-appointed Independent Reviews of the AODA, in 2010 and 2014, called for the Premier to appoint a stand-alone minister with responsibility for getting Ontario on schedule for full accessibility by 2025 for Ontarians with disabilities. Past ministers with this file have had so much else on their plate that they did not devote enough time to this issue, contributing to the poor recent Government record in this area….

The AODA Alliance hopes that Minister MacCharles will devote far more time to keeping Premier Wynne’s December 3, 2012 promise that she would ensure that Ontario is on schedule for full accessibility by 2025.”

Up until yesterday’s Cabinet shuffle, Minister MacCharles only had one added responsibility, namely for Women’s Issues. That allowed her to commendably devote a large part of her time to disability accessibility. There are now fewer than eight years left for the Ontario Government to lead Ontario to reach the mandatory goal of full accessibility by 2025. Ontarians with disabilities need every minute of the minister’s time we can get, devoted to developing and enforcing AODA accessibility standards.

Because of yesterday’s Cabinet shuffle, Ontario no longer has an almost stand-alone Accessibility Minister. Minister MacCharles will now be preoccupied with the many duties of leading the work of the Ontario Public Service, and of overseeing the regulation of services to consumers in Ontario. In the past that at times has been a full-time Cabinet job. She will have far less time to devote to accessibility. For people with disabilities, it’s one step forward, and then six months later, another step backward.

This comes at an especially bad time. Minister MacCharles has just finished her first half-year in the new accessibility role, getting settled in, and staffed-up. She was on the verge of being able to address more of the long list of action items that need attention, given the looming deadline for reaching full accessibility. We will shortly be sending her a letter to highlight action items needing her attention and action now. It will show how much needs to be done, and how much we need full-time ministerial leadership, for the effective development and enforcement of AODA accessibility standards.

This Cabinet shuffle also imposes on Minister MacCharles a hopeless position of conflict. As Accessibility Minister, she is responsible for enforcing the AODA against all organizations that must obey it. This includes the largest organization in Ontario that must obey it, the Ontario Public Service. As Government and Consumer Services Minister, she is responsible for leading the Ontario Public Service in its efforts to obey the AODA.

It is wrong for her to be in a position to have to be the enforcer and the defendant at the same time, and to be expected to enforce the AODA against herself. This is made worse by the fact that in key ways, the Ontario Public Service has been a major drag on timely progress under the AODA. As the 2014 final report of the Mayo Moran AODA Independent Review showed, the Ontario Public Service has a troubling track record on accessibility.

Yesterday’s Cabinet shuffle flies in the face of the very first recommendation in the final report of the Mayo Moran AODA Independent Review. The Independent Review recommended that leadership for creating and enforcing accessibility standards should remain with one minister, while a separate minister, the Minister of Government Services, should be made responsible for ensuring that the Ontario Public Service fully obeys the AODA and becomes fully accessible. The Moran Report stated in its first recommendation:

“It is up to the Premier to ensure that the administrative structure is put in place to make all of this happen.  One does not have to be an organizational design expert to see that nothing gets done in government unless someone is held accountable for results.  I therefore recommend that the Premier formally charge the Minister of Government and Consumer Services with responsibility for ensuring that the Ontario Public Service becomes a fully accessible employer and service provider.  An associate deputy minister position could be created to support the Minister in this role.

In our December 8, 2016 AODA Alliance Update, we commended your Government for assigning Deputy Minister Marie-Lison Fougère to lead the Government’s AODA compliance at an administrative level. However, we then cautioned:

“One concern is that the same deputy minister will be responsible for both leading the Accessibility for Ontarians with Disabilities Act’s enforcement and for the Ontario Government’s compliance with the AODA. It would be better for these to be entirely separated. We urge the Ontario Government, as it implements this new regime, to put in place safeguards in an effort to make this work.”

We offered that caution at a time when two different Cabinet ministers held these two different roles. Now that yesterday’s Cabinet shuffle has assigned both of these roles to Minister MacCharles, the problem that we identified in our December 8, 2016 AODA Alliance Update became considerably worse. As you know, ministerial responsibility is a fundamental ingredient of parliamentary democracy.

Working Together with You to Find Solutions to These Problems

As always, we remain eager to help your Government keep your commitment to us to ensure that Ontario is on schedule for full accessibility by 2025. After yesterday’s Cabinet shuffle, as a first step, the Government should assign responsibility for the AODA’s enforcement to an arms-length independent agency. That would be an important step forward in any event. We have urged your Government to do this for some time.

We would welcome the opportunity to work with you, as Premier, on finding solutions to this problem. We emphasize that none of this is meant as an adverse comment on Minister MacCharles. Much the contrary. She has shown a strong commitment to accessibility since well before entering politics. We continue to look forward to working with her.