The President of the Canadian Labour Congress says that the federal government’s three-year freeze on Employment Insurance (EI) premiums is being done on the backs of unemployed Canadians.

Finance Minister Jim Flaherty claims that freezing EI premiums will help businesses in Canada to create more jobs. “This is a shell game,” says Ken Georgetti. “This government has given away billions in tax breaks to corporations and the promise is always that they will use that windfall to invest in creating jobs. But they are sitting on the cash or paying it out in big bonuses to their CEOs. That money would be far more productive in the hands of unemployed workers who would 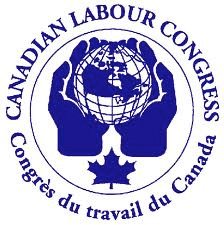 spend it in the economy.”

Georgetti also criticizes Flaherty’s claim that he can freeze premiums because fewer people are receiving EI. “The number of unemployed workers has changed very little over the past year and a half. But fewer of those people are able to receive EI because the minister and his government have made it increasingly difficult for the unemployed to receive benefits.”

The most recent numbers show that the proportion of unemployed workers receiving EI has shrunk to an all-time low of 37.8%. “This government has cynically changed the rules in a way that leaves far too many unemployed Canadians out in the cold,” says Georgetti.

He challenges Flaherty’s claim that job creation has been a success. “Our job creation has slowed down in 2013 and it has barely put a dent into the number of unemployed workers. And I remind the minister that we cannot build a successful economy on precarious and part-time jobs.”