Canadians ripped off by cellphone companies

Posted by: Bulletin Editor June 3, 2013 Comments Off on Canadians ripped off by cellphone companies 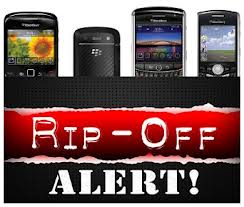 Canadians pay some of the highest cell phone fees and are forced into some of the worst contracts in the industrialized world. Our broken cell phone market limits our use of mobile Internet technologies, and with it our creativity and entrepreneurship. Providing more choice for Canadians is crucial to innovation, and the success of our economy.

To make matters even worse, Rogers has come up with a plan to block our access to the few affordable mobile services that do exist by obtaining scarce wireless spectrum assets. This will mean more control for Big Telecom and higher prices and less choice for you and your family.

The Rogers plan breaks Industry Canada rules because it grants the Big Telecom conglomerate access to wireless spectrum assets that were specifically set aside for new, more affordable telecom options for Canadians. The Industry Minister, Christian Paradis, has the ability to enforce the government’s rules for cell phone service but so far he has refused to do so.

Canadians are standing up to Big Telecom, and telling Paradis we expect him to create sensible rules that favour choice and innovation. Tens of thousands of Canadians have already told Industry Minister Paradis to stop Big Telecom from killing affordability in Canada’s mobile Internet and cell phone market. We’ve faced years of rampant cell phone price-gouging, restrictive contracts, and customer service mistreatment. We need to fix our broken cell phone market, not make it worse.

Big Telecom executives have a sense of entitlement that is bad for our digital economy and our country as a whole.  At a recent CRTC hearing, Telus’ chief marketing director went on record saying, “I think a lot of customers don’t want a cap [on roaming fees].”  When pressed on the telecom giant’s unnecessary extra fees Wade Oosterman, president of Bell Mobility, told regulators, “We absolutely could do it for less – we choose not to.”

The government’s decision about wireless spectrum is a rare chance to change a bad situation, and unlock the potential of our digital economy. These scarce public spectrum assets should be invested in our digital future.