Why has Canada Day become such a bummer?

Posted by: Bulletin Editor June 29, 2017 Comments Off on Why has Canada Day become such a bummer?

Those of us who were around for Canada’s 100th birthday can’t help but be struck by the very different mood this year, as we mark the country’s sesquicentennial.

How, we wonder, did this national milestone turn into such a bummer?

To understand just how much the national mood has shifted, let me point out some of the great things that happened in 1967.

We invited the world to Montreal for Expo 67, at which Canada introduced itself as a progressive—even hip—country.

We had a national song, Bobby Gimby’s somewhat cheesy Can-na-da, with lyrics in French and English.

Pierre Trudeau was in his ascendancy in the Liberal 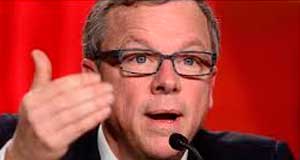 government, the sandal-wearing, hippie justice minister who would go on to become prime minister a year later.

The Toronto Maple Leafs even won the Stanley Cup!

There was optimism, joy and sense that we owned the 20th century. It seemed that almost anything was possible for our country.

In central Canada, industries were booming, including auto and steel. In the Maritimes, we had vibrant fisheries. The West, too, was quickly moving from its agrarian past and evolving into an economic powerhouse.

Fifty years later, it feels like all that promise and optimism has been put to the test and found wanting. Fisheries and manufacturing have taken a dive, western resources are landlocked from markets and … well, there’s no party on the scale of a world’s fair.

And then there’s the guilt. We’re constantly reminded that our forefathers stole the land from the indigenous peoples they found here, and went on to treat them terribly through starvation, disease and residential school abuse.

One Winnipeg indigenous writer, Ryan McMahon, wrote this on the CBC website:

“I’m actually kinda offended anyone would attend the birthday party. Celebrating Canada’s 150th birthday without taking a moment to reflect on the fact that it has been an overwhelmingly violent 150 years for indigenous peoples in Canada isn’t just insensitive, it’s offensive.”

Are you feeling depressed yet?

There’s no question that Canada, like the U.S. and other colonized countries, has much to answer for in its treatment of indigenous people. Canada, to its credit, has engaged in a process of soul-searching through the Truth and Reconciliation Commission, and is moving toward righting some very old wrongs. That sense of guilt is not without justification.

Yet must that chapter in our history change the way we feel about our country?

In 1967, we were perhaps naive about our moral superiority. The tests we have faced in the ensuing years have shown that we’re collectively not saints.

Even so, Canada remains an open, democratic, caring place. We don’t have to carry guns when we walk our kids to school. We have shown that we can put the welcome mat out for people in need, whether they’re Syrian refugees or Americans stranded by 9/11.

Although our politics have recently become more polarized, our parliamentary system has shown itself to be flexible and durable. Minority governments don’t scare us. Somehow, the business of the nation (and the provinces) still gets done.

We’re innovative, carving our space in high-technology, with inventions that range from IMAX to the BlackBerry. We’ve given the world canola, poutine, butter tarts and, of course, the Nanaimo bar. We have shown courage in taking a different path from the U.S. in fighting climate change. We have, and protect, some of the most stunning natural places in the world. We still believe in working through the UN.

And think of it! I haven’t even mentioned our public health-care system yet (actually, let’s be honest: it could use some work).

Yes, we’re far from perfect. But although we’re behind other leading nations by some measures, taken as a whole our performance as a nation stands up against the best.

Let’s stop this collective guilt trip, if only for a few days. We have the good fortune of living in a prosperous country admired by the rest of the world. The future may be uncertain for every nation, but at least in Canada each of us has the opportunity to influence ours.

Isn’t that worth waving the flag for?