“By protecting New York’s soil, air, water and communities from fracking, Governor Cuomo is laying the groundwork for the flowering of New York’s food, beverage, outdoor recreation and tourism economy, and we thank him,” said Hilary Baum, director of Chefs for the Marcellus, a founding member of NYSSBC.

Builds the Market for Renewable Energy

Business leaders from around the state have voiced concerns about fracking’s impacts on their livelihoods. Over the last few years, nearly 2,000 businesses have called on Governor Cuomo to issue a statewide ban by signing petitions from Businesses Against Fracking New York and Chefs for the Marcellus. Before today’s announcement, NYSSBC, Businesses Against Fracking New York and Environmental Entrepreneurs (E2) NY delivered a letter to the governor urging him to reject fracking and instead promote alternative strategies to meet New York’s energy and economic needs. 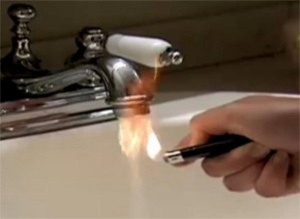 “Governor Cuomo’s decision is the right one for business, and we applaud his action on this important issue,” said David Levine, CEO of ASBC. “Fracking undermines businesses in a range of sectors from agriculture to tourism and stunts our overall economic growth. Today’s action will allow the state and our businesses to move toward clean, renewable energy, which delivers more and better jobs than equivalent fossil fuel projects and is healthier for our communities and economy.”

The organizations recently published a report showing strong business and economic reasons for rethinking fracking, including a lack of complete scientific analysis, potential degradation of water, air and soil, exacerbation of climate change, and links to an economic boom and bust cycle.

The New York State Sustainable Business Council (NYSSBC) http://nyssbc.org/ is an alliance of business organizations and businesses committed to advancing a vibrant, just, and sustainable economy in the state. The organization will promote strategies and policies designed to build strong local economies, prioritize investment and innovation in clean technologies from green chemistry to renewable energy sources, and advance the development of sustainable communities in New York State.

The American Sustainable Business Council and the ASBC Action Fund represent a membership network of more than 200,000 businesses nationwide, and more than 325,000 entrepreneurs, executives, managers and investors. The Council www.asbcouncil.org informs policy makers, business owners and the public about the need and opportunities for building a vibrant and sustainable economy. The Action Fund www.asbcaction.org advocates for legislative change.

2014-12-17
Bulletin Editor
Previous: Liberals fail to learn: privatized Hydro a boondoggle in the making
Next: A La Carte at the Gardiner