Posted by: Bulletin Editor November 29, 2014 Comments Off on Bully Hill returns to Watkins Glen International in 2015

The popular Hammondsport-based vineyard has renewed its sponsorship of the NASCAR K&N Pro Series race. The Bully Hill Vineyards 125 is scheduled to take place on Aug. 7 – the first race of the August NASCAR tripleheader. 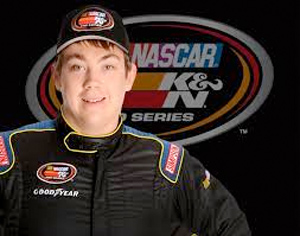 AR K&N Pro Series East race at Watkins Glen International for the second year in a row,” Bully Hill owner Lillian Taylor said in a release. “The Bully Hill 125 was a great success thanks to everyone at WGI, the racing community and especially the fans. We are looking forward to another great race in 2015.”

Bully Hill has sponsored races and drivers at The Glen for several years, nearly getting to victory lane in the Sprint Cup Series with Ron Fellows in the 1999 Frontier at The Glen. Fellows carried the Bully Hill colors to the winner’s circle in the Busch and Craftsman Truck series.

“Our fans love this partnership and the availability of fan favorite Fusion Blanc, it is a perfect combination for the NASCAR race weekend,” track president Michael Printup said in release.

“Lillian Taylor and Bully Hill Vineyards have been huge supporters of motorsports teams, drivers and our historic track over the years. We are thrilled that they have renewed this partnership in 2015.”

WGI officials have all but one race sponsorship locked up for 2015 – and the final piece is a big one.

Kellogg’s has yet to renew its agreement for the Sprint Cup Series race to continue as the Cheez-It 355 at The Glen for a third straight year. Each of the first two years of the agreement saw strong attendance and television ratings, in addition to a pair of compelling races on the 2.45-mile “NASCAR course.”

Kyle Busch held off Brad Keselowski to win the 2013 race, A.J. Allmendinger turned in a stirring performance in the 2014 event to qualify for the Chase for the Championship.

2014-11-29
Bulletin Editor
Previous: Americans celebrate Thanksgiving in ignorance of its history
Next: City of Toronto historic sites events Dec. 4 to 31