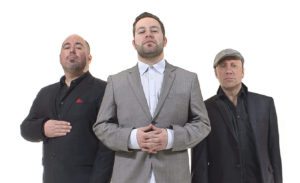 Multitalented and multi-instrumental producer and musician Steve Marriner of the award-winning trio MonkeyJunk is set to host the 20th annual Maple Blues Awards at Koerner Hall on Jan. 23.

The not-to-be-missed gala is Canada’s national blues celebration, recognizing outstanding musical achievement and gathering blues musicians and music fans from across the country each year.

The Jan.  23 gala event is considered to be the premier blues event of the year.

Tickets for the Maple Blues Awards, held at the Royal Conservatory’s Koerner Hall in Toronto, are on sale now for $45 – $80 and can be purchased at The Weston Family Box Office, located in The Royal Conservatory building at 273 Bloor St. W., by phone at RCM box office (416) 408-0208 or online at performance.rcmusic.ca/tickets/seats/13205.