Esplanade basketball court in the pink, even if its replacement may not be pink

Posted by: Bulletin Editor August 15, 2013 Comments Off on Esplanade basketball court in the pink, even if its replacement may not be pink 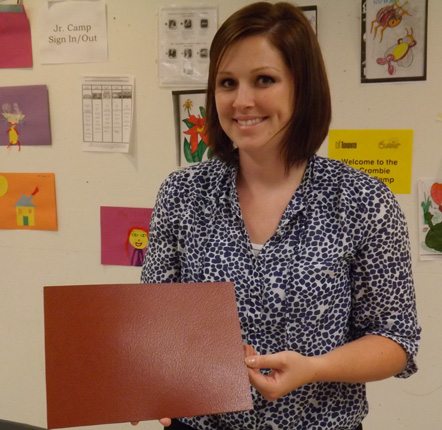 It may not be the same glorious pink surface that St. Lawrence Neighbourhood young people so enjoyed playing basketball on, but it will be a restoration and perhaps an improvement. The charitable arm of Maple Leaf Sports & Entertainment, this limb focused on Toronto Raptors programs, will see to the replacement as it had seen to erecting the original basketball court and many others in Toronto neighbourhoods. That is the word from MLSE Foundation Community Investments representative Bridgette Estrela. 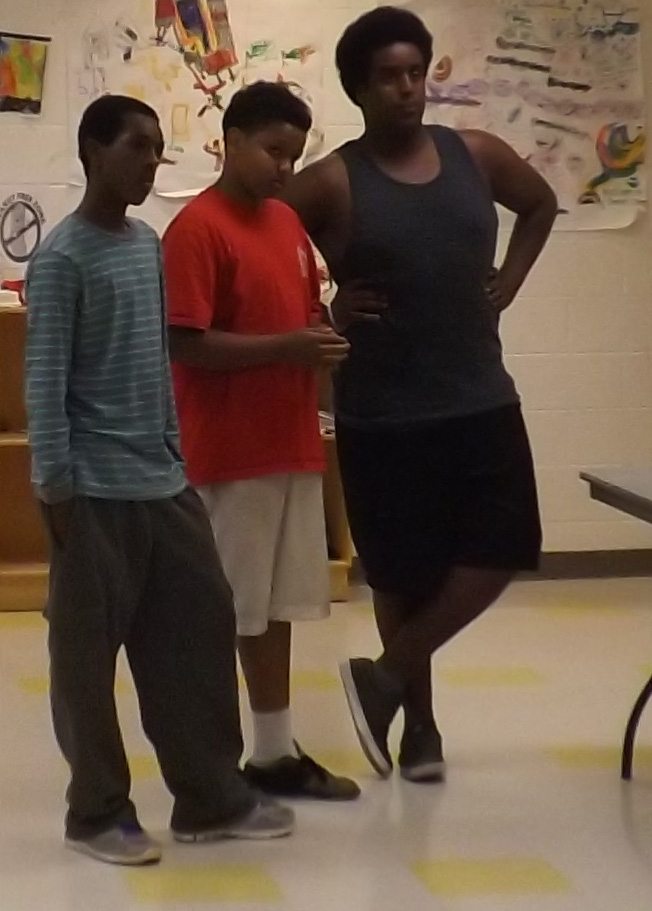 Attending the public meeting about restoration of the St. Lawrence Neighbourhood basketball court on The Esplanade are: Lbaan Osman, 14, Warseme Omar, 17, Abel Tesfaldet, 18

It’s unusual that MLSE would replace a damaged surface because it’s mission is to place as many new facilities as possible, but this was extraordinary in that it was a blundering Toronto anti-gang cop who tore up the basketball court with his squad car in hot pursuit of a alleged “drug dealer.” He drove his squad car into the sunken playing surface that was clearly lower than bumper height and naturally was unable to drive it out. But he tore up the surface in fruitless attempts.

Estrela said MLSE will pay whatever it takes to get the job done, not balking at suggestions $50 million is not out of the question. The Harbourfront Recreation Centre surface of different material cost $26 million.

Toronto police will also kick in an undisclosed amount to restore the outdoor court and compensate the community.

“Because of the unique situation, MLSE is going to make the replacement,” promised Estrela, without regard to how much or how little cash city police may contribute. A lot of the “compensation” might come in the form of new or enlarged programs sponsored by 51 Division.

The replacement surface might even be better than the raised pink plastic tiles so well used and loved by local kids. The replacement that has been settled on is to be a poured surface of the same material York University uses to surface its outdoor running track. It’s seamless and seemingly tough enough to withstand runners in cleated shoes, or so a meeting of concerned area residents was told at a public meeting Aug. 14 with some city staffers and MLSE’s Estrela.

The other advantage to that surface over several competing systems is that it can likely be in place by November. The sooner the better for local youth, but not soon enough for the August fun game they play against a 51 Division team. It’s a concrete surface, can’t have stripes painted on it because they’ll perhaps mess up the poured surface later, but players say the surface is good enough for the long-awaited game.

At the public meeting in the St. Lawrence Neighbourhood Recreation Centre, two city parks department representatives explained the options and passed two different samples of basketball tile flooring from companies Mondo and Aacer. They were similar, one is used at Harbourfront Recreation Centre, but delivery would delay the installation.

The poured surface has only been marketed for use on running tracks, but the city parks representatives and MLSE’s Estrela considered it just as suitable for basketball courts as the tiles would be.

It comes in an array of colours, though 18-year-old Abel Tesfaldet suggested light grey is his choice for a basketball surface.

In angst—or perhaps just adhering to the “Broken Windows” syndrome of urban decay—soon after the destruction of the ball court, the wonderful graphic that adorned the west wall of the baskeball court was vandalized.

Toronto police have a youth-engagement program to do murals and will fund that restoration. Meanwhile, to combat graffiti on the wall, MLSE will provide black paint to cover it. The theory being that if there is more graffiti put on the wall, black paint is the best way to cover over it again.