Are we building a city for people or for automobiles?

Posted by: Bulletin Editor June 3, 2015 Comments Off on Are we building a city for people or for automobiles?

Another simmering battle is reaching a boil in the seemingly endless debate about traffic in Toronto, public and private. It will arrive at city council June 10. 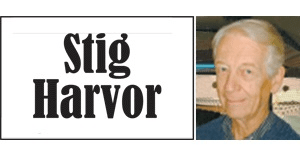 The battle boils down to the basic long-term question: Are we building a city for people or for cars? So far cars have had the upper hand.
The current issue is the 2.4-km. section of the crumbling elevated Gardiner East between Jarvis St. and the Don Valley Parkway (DVP). It requires extensive repairs replacing its deck costing almost a billion ($864 million) over its new lifetime.

This prohibitive cost forced the city and Waterfront Toronto to study alternatives. They did so for the last six years with an unfortunate delay caused by car-obsessed Rob Ford. Further studies have now been boiled down to two alternative proposals.
The first is called “the Hybrid.” The name was first used for a later dropped proposal.
The new Hybrid version simply repairs and keeps the elevated expressway in its existing location. It only removes its eastern extension ramp to Logan St. and adds new ramps at Cherry St.

The second proposal is called “the Boulevard.” It removes the crumbling elevated expressway and replaces it with an 8-lane street-level, landscaped boulevard like University Ave. (For details, see: www.gardinereast.ca).

Mayor John Tory favours the Hybrid. He claims it will increase developable land. He strangely ignores the fact the Boulevard will actually free more such land than the Hybrid.

Both proposals can serve the large 12-hectare (29-acre) Unilever site immediately east of the Don River.
The Boulevard in addition, however, frees some valuable city-owned land along its route estimated at $150 million or more for sale to developers. By contrast, the Hybrid forces the city to compensate private land owners at least 150 million for land taken by new ramps at Cherry St.
The Boulevard will initially cost almost $100 million less than the Hybrid ($326 million vs. $414 million). Also long-time maintenance costs will significantly push the total price of the elevated Hybrid to almost a billion dollars ($919 million), exactly twice that of the ground-level Boulevard ($461 million).

Faced by these stark fiscal realities, how can our mayor and suburban fiscal hawks, like Denzil Minnan- Wong, back the Hybrid?
How does this square with their self-styled claim of being “fiscally responsible,” wedded as they are to low taxes?
The real solution to deplorable traffic congestion lies not in more convenience for drivers. It lies in more public transit helping everyone, including drivers.

The half-billion dollars Boulevard savings can provide much needed public transit to the East Bayfront and Portlands areas. This will promote their attractive development under the guidance of the public Waterfront Toronto agency like in the West Don Lands. That indeed would be responsible city building!

Extensive political and public debate of the two options has unfortunately been dominated by a narrowly perceived concern for cars.
Today’s angry Toronto drivers are frustrated by congested traffic caused by years of neglect of public transit. What irritates their gas pedal is the Boulevard’s estimate of a few (around three) more minutes of morning rush-hour commuting time for Gardiner east-end drivers to Union Station.
These drivers represent only a small fraction (3%) of total rush-hour commuters. The vast majority of commuters not using the Gardiner are already losing time sitting in cars or crowded buses and streetcars suffering from the same lack of public transit.
The Boulevard promotes city-building with long-range, waterfront planning of new integrated neighbourhoods for people to live in, work and enjoy. A telling example is the north side of the Keating Channel at the mouth of the Don River.
The Hybrid keeps the existing bulk of the elevated Gardiner hugging the water’s edge. The Boulevard frees this most valuable land for people and housing (see illustrations).

It is to be hoped that our councillors will vote for city building by choosing people over cars. Conservative Ontario Premier Bill Davis faced re-election 44 years ago in 1971.