Posted by: Bulletin Editor May 8, 2014 Comments Off on April 2014 new home starts down in Toronto: CMHC

Housing starts in the Toronto Census Metropolitan Area (CMA) were trending at 32,678 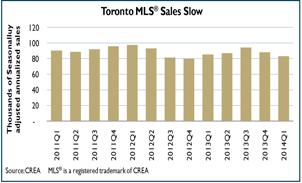 units in April compared to 34,555 in March according to Canada Mortgage and Housing Corporation (CMHC). The trend is a six month moving average of the monthly seasonally adjusted annual rates (SAAR)(1) of housing starts.

“The trend in housing starts in Toronto eased in April compared to March. Starts of both new apartments and single-detached homes trended down, reflecting slower sales in 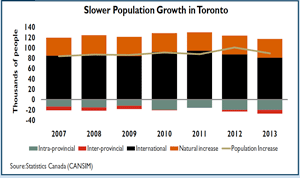 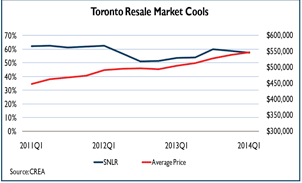 market. In some situations, analysing only SAAR data can be misleading in some markets, as they are largely driven by the multiples segment of the markets which can be quite variable from one month to the next.

The stand alone monthly SAAR was 36,071 units in April, up from 16,974 in March. This is the result of a return to a more usual rate for apartment starts after an unusually low 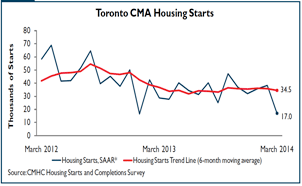