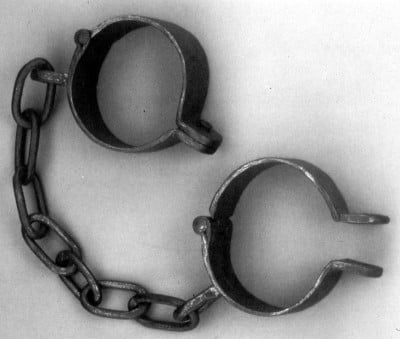 The debtors’ prison is an old, decrepit institution that many thought was abolished in the 19th century, something little more than a relic of the past. This is a problematic view for two reasons. One, debtors’ prisons are rarely explored in the classroom or the larger society. And two, these prisons are making a serious comeback in the United States, which is deeply problematic for the poor and working class.

The History of Debtors’ Prisons

The traditional view of debtors’ prisons in the U.S. is one of wretched incarceration where debtors were hung out to dry. While this is true, there is also more to the story.

In early colonial America, English law had an influence on colonial law – and laws regarding debt. In 16th century England, creditors had the legal power via the Law of Merchant to regain their money from insolvent debtors. They had this same power in Pennsylvania where, in 1682, the law stated that anyone who was in debt and had been arrested would be kept in prison, or “the debtor [could] satisfy the debt by servitude as the county court shall order, if the creditor desires.” While debt servitude was problematic, it provided a way for a debtor to obtain eventual release.

The situation was worse in Massachusetts, which ruled in 1638 that “delinquent taxpayers be jailed, but provided that the Council or any court within Massachusetts could free the prisoner if it found him incapable of paying his taxes.” However, as early as the next year, private debtors were being imprisoned as well, and in 1641 the courts ruled that “anyone who failed to pay a private debt could be kept in jail at his own expense until the debt was paid.” Laws like these resulted in people dying in prisons when they were unable to pay off their debts.

Debtors were forced to suffer this kind of fate until the end of the 17th century when there was some slight reform. On Valentine’s Day, 1729, Pennsylvania officially created debt servitude where debtors had to serve their creditors and, even after being released from prison, “the debt still remained and could be enforced against after-acquired property.”

In Massachusetts, much more serious reform came with the Act for the Relief and Release of Poor Prisoners for Debt, which allowed debtors after having been in prison for one month to take an oath swearing that “[they] was unable to pay [their] debts and that [they] had not hidden or transferred title to any property in order to defraud [their] creditors, could apply to be released from jail.” 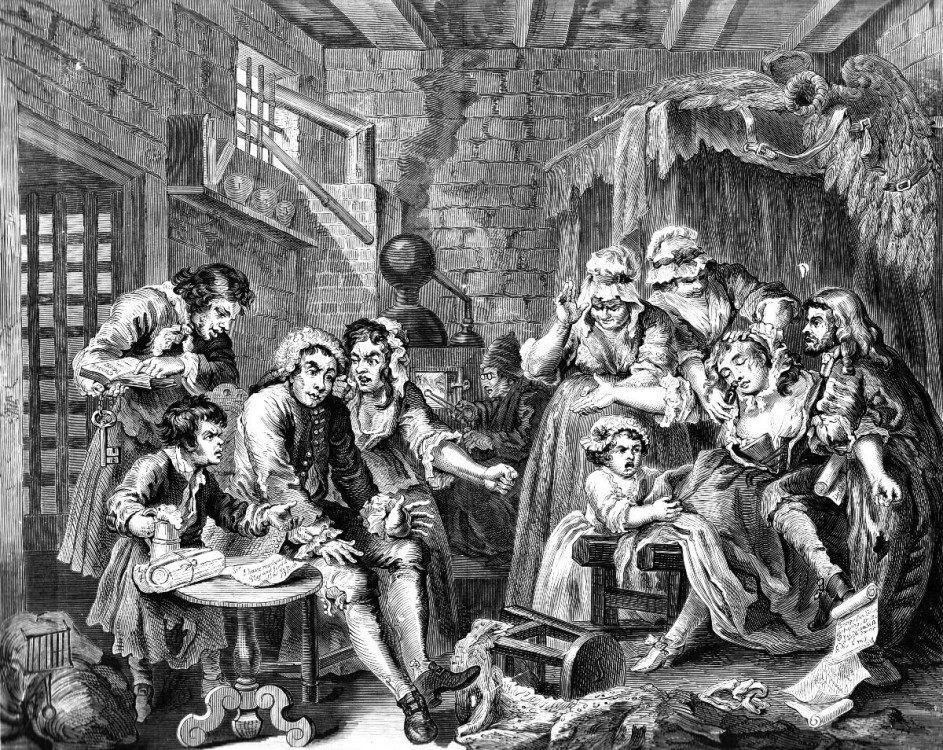 Unfortunately, due to courts rarely adjourning in some counties, debtors often spent months in prison; creditors could keep a debtor in prison for another three months even after they had been ordered to be released by paying the debtors jail fees, and the creditors could also “have a new execution sworn out, under which the debtor could be returned to prison and the whole process started all over again.”

Eventually, federal debtors’ prisons were abolished in 1833, leaving the power to implement debtors’ prisons in the hands of the states, many of which followed Washington’s lead. Now, those state debtors’ prisons are making a comeback and, just like in the past, are having a disproportionate impact on the poor and working-class.

More and more people around the country are getting sent to debtors’ prisons, but exactly how does it happen? According to National Public Radio, companies that people owe money usually sell off the debt to a collection agency, which in turn “files a lawsuit against the debtor requiring a court appearance. A notice to appear in court is supposed to be given to the debtor. If they fail to show up, a warrant is issued for their arrest.”

In some cases, judges “don’t even know debtors’ rights, which could result in the debtor being intimidated into a pay agreement,” making an already bad situation worse. News coverage about the rise of debtors’ prisons has been picking up steam, especially in regards to judges imprisoning people for their debts.

In 2000, The New York Times reported that a small town judge in Arizona was accused in a lawsuit of having “turned the local jail into a debtors’ prison, repeatedly jailing poor laborers who were unable to settle debts with local property owners.” In 2009, CBS reportedthat a judge in southern Indiana threatened one Herman Button, who owed $1,800 to a former landlord but had no income beyond Social Security, with contempt and imprisonment if he didn’t pay.

The decision to imprison debtors can also come from judges needing money. In this case, judges were pressured to collect on fines and fees lest they find themselves receiving fewer operating funds for their courts. And in 2010, The Times reported that an Alabama circuit judge said openly that his state legislature “was pressuring courts to produce revenue, and that some legislators even believed courts should be financially self-sufficient.“ In order to have a better chance of extracting the needed money, judges may have threatened people with imprisonment.

However, some of these fees can be problematic. The Brennan Center for Justice completed a study in 2010 which found that 13 states charged the poor “public defenders fees… a practice that encourages indigent defendants to waive their right to counsel.” Some of these fees being imposed on the poor can, in fact, force them to give up their rights in order to lessen their payment.

The reinstatement of debtors’ prisons has a serious impact on the poor and unemployed who can even be sent to prison for nonpayment of regular bills, due to the fact that “a creditor can petition a court to issue a summons for nonpayment of a bill. If you fail to appear, for one reason or another – and life gets pretty disorganized when you lose your job and possibly your home – then you’re in contempt of court. Next stop, jail.”

It’s rather ridiculous that this is legal if you considers the fact that half of Americans are poor or near poor, and 48 million Americanslive in poverty. More than a third of U.S. states allow debtors to be jailed.

In conjunction with debtors’ prisons, there’s also been a rise in collection firms using the courts to force people to pay up on their debts. This has quickly become a problem in some cases where “the debt collection agencies have used threats and lies to get consumers to pay back their debts,” and the collectors have “allegedly pressured consumers who didn’t owe anything at all.” In sum, people who are already having a difficult time paying bills are now being subject to harassment and intimidation from collectors.

And the situation gets even worse when a private probation service, or PPS, come on the scene. PPSs work like this: If you get hit with a $200 ticket you can’t pay, a private probation company will let you pay it off in installments, for a monthly fee. But there may be additional fees for electronic monitoring, drug testing and classes – many of which are assigned not by a judge, but by the private company itself.

Such PPS harassment can make life extremely difficult for struggling individuals, like in this infamous case of Thomas Barrett. Unemployed and living off food stamps, Barrett was out on probation and ordered to pay a $200 fine for stealing a $2 can of beer from a convenience store. On top of that, Sentinel Offender Services, LLC, the company administering Barrett’s probation, charged him $360 per month in supervision and monitoring fees despite the fact that Barrett’s only source of income was money he earned selling0 his own blood plasma.

Barrett skipped meals to try to make payments to Sentinel. But he still fell behind and eventually owed the company over $1,000 in fees – five times more than the $200 fine imposed by the court. Seeking to get his money, Sentinel successfully petitioned a court to revoke Barrett’s probation, and finally the court jailed him.

Here it must be noted that the 14th Amendment clearly provides that “No state shall make or enforce any law which shall abridge the privileges or immunities of citizens of the United States; nor shall any state deprive any person of life, liberty, or property, without due process of law; nor deny to any person within its jurisdiction the equal protection of the laws.” By imprisoning people like Barrett, who are unable to pay their court fees, the state is violating their constitutional right to equal protection under the law. Yet due to the fiscal constraints that many states are in, many are looking the other way while the constitutional violations continue.

And the problems don’t end for people once they’ve paid off their debts and gotten out of prison. The Brennan study found that in all 15 states that were examined – California, Texas, Florida, New York, Georgia, Ohio, Pennsylvania, Michigan, Illinois, Arizona, North Carolina, Louisiana, Virginia, Alabama, and Missouri – “criminal justice debt and related collection practices create a significant barrier for individuals seeking to rebuild their lives after a criminal conviction.” For example, in eight of the states, missing debt payments resulted in one’s driver’s license being suspended – which makes it all the more difficult to get to work, earn money and pay off debts. Seven states even required people to pay off their criminal justice debts In order to regain the right to vote.

This trend should worry us all, as it is not only eroding basic individual rights as established in the U.S. Constitution – but harming the very poorest among us in the process. With the reinstatement of debtors’ prisons, we are seeing the most vulnerable people bearing the biggest burden of an unjust legal and economic system. If we knowingly allow this process to proceed, we too are guilty of harming the poor. In the words of Martin Luther King, Jr.: “We shall have to repent in this generation, not so much for the evil deeds of the wicked people, but for the appalling silence of the good people.” Let’s not remain silent on debtors’ prisons any longer.

1: S. Laurence Shaiman, “The History of Imprisonment for Debt and Insolvency Laws in Pennsylvania as They Evolved from the Common Law,” The American Journal of Legal History 4:3 (1960), pg 209

Previous: Co-op housing about to lose federal subsidies
Next: Russia to make ISIS headway where US fails