Posted by: Bulletin Editor October 17, 2016 Comments Off on Tank: two years later, blessed and a blessing

On Sept. 16, 2014, a big black Labrador retriever named Tank became an orphan. His owner, Danny Murphy, died that night and along with Danny’s remains, Tank was removed from their apartment the next morning and sent for 10 days to the pound, which is the law regarding handling of unattached pets in such events. Tank was bereaved and destitute. 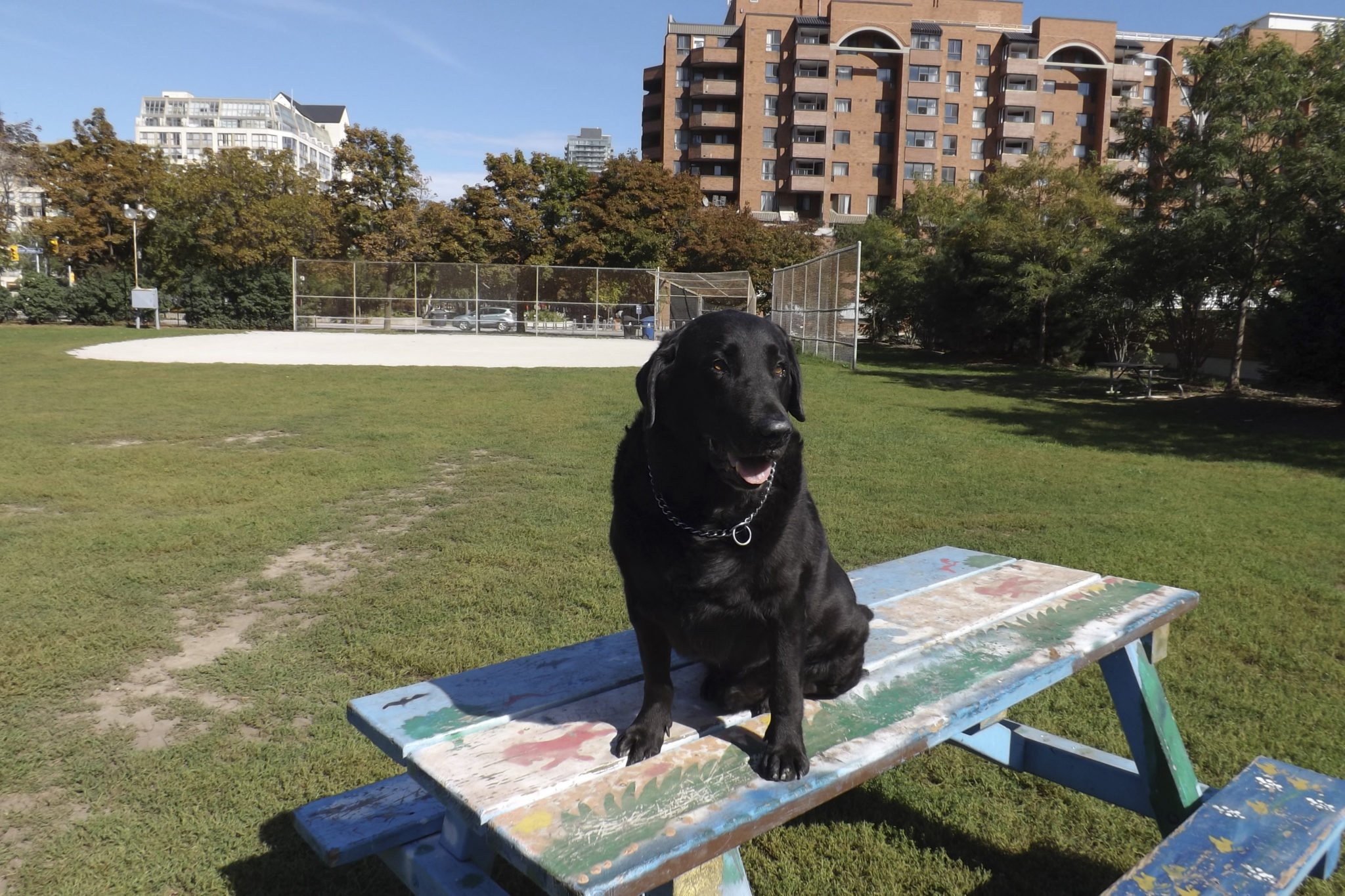 Danny was a well-known and well-loved neighbourhood character who, with his trusty dog Tank, would take a position at the LCBO across Market Street from St. Lawrence Market. He had a smooth, charismatic Irish way about him and a story-telling manner that appealed to so many locals and visitors. Tank was an intricate part of his reputation, lying by his master’s side and snatching from the air treats tossed by Danny’s fans who also dropped coins and bills into his tray.

Prior to Danny, Tank had a stressful relationship with his previous owner who kept him locked up in a tiny apartment and was seldom allowed outside according to some reports. When that relationship ended Danny somehow had acquired Tank and a great love affair ensued.

Then Danny died. His good friend Kevin Scrimshaw, a neighbour of ours in St. Lawrence, told Paulette the sad story and her heart melted. Which means mine did in synch.

Since Kevin was all dogged-up to his maximum of three in his TCHC townhouse, we agreed to adopt Tank as our mutt Daisy’s new big “brother.” So on the day of Tank’s release from custody, which ironically was St. Francis of Assisi’s feast day, we adopted Tank.

He had a hard time adjusting and was very insecure for many months. He and Daisy always got along fine and there was never any competitiveness between them. While Kevin was his first recognizable advocate, he quickly latched onto me as his security blanket and soon included Paulette in that position.

He still runs up to Kevin when the latter shows up on the street or in the park with three or four dogs Tank has known most of his life.

The Feast of St. Francis of Assisi is Oct. 4. We’ll be taking him to St. Paul’s Basilica on Power Street—Toronto’s oldest Catholic church—for the annual blessing in 2016 of the animals and a 2-year celebration of his coming to us. Anglican churches and some other denominations also celebrate the saint’s day with blessings of the animals.