Today, Minister of State (Finance) Kevin Sorenson and Minister of State (Seniors) Alice Wong joined forces with Canada’s Financial Literacy Leader Jane Rooney to launch consultations on a proposed strategy to help improve the financial literacy of Canadians. Recognizing the unique and often significant challenges faced by near and current seniors, the first phase of consultations will focus on seniors. Additional phases will follow with an emphasis on low-income Canadians, Aboriginal peoples, newcomers to Canada, and children, youth and adults.

The proposed blueprint, Toward a National Strategy for Financial Literacy – Phase 1: Strengthening Seniors’ Financial Literacy, is intended to encourage discussion and invites comments from all Canadians on ways to bolster the financial literacy of seniors and those approaching this phase of their lives. Stakeholders from the public, private and non-profit sector will take part in in-person sessions across the country. All Canadians are encouraged to submit comments on the blueprint by mail or email by July 15, 2014. 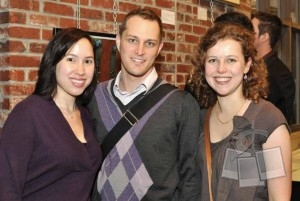 —  In 2009, Canada’s Task Force on Financial Literacy met with stakeholders

across the country to hear their views on strengthening Canadians’

financial literacy. Many of the Task Force recommendations have been

implemented or will be by the end of 2014. Key actions taken have

1.  Financial Literacy Month was launched in 2011 to engage

organizations across Canada in a month-long effort to promote

Rooney was appointed as Canada’s first Financial Literacy Leader on

—  In Economic Action Plan 2013, the Government committed to working with

stakeholders to implement a financial literacy strategy that

specifically responds to the needs of seniors.

—  Seniors were identified as a priority group because research shows that

financial literacy skills among seniors are low compared to other groups

of Canadians. In the 2009 Canadian Financial Capability Survey, seniors

had lower scores than younger adults in four areas.

number is expected to double by 2036, reaching about 10.4 million

—  The national strategy for financial literacy is expected to be released

2014-07-03
Bulletin Editor
Previous: Planning Your Big Event At A Lower Cost
Next: Three cool gadgets for your hot summer needs and enjoyment