Not only Muslims would benefit from an Islamic Centre in Regent Park so would the community at large, according to the chairman of the Regent Park Islamic Resource Centre Steering Committee.

Organizer Emad Hussain said the crime rate in Regent Park has gone down since Muslims began living there and he thinks their presence on the streets in the evenings as they attend prayer services might have something to do with that.

“One thing we know from our experience is when people are coming and going then criminals will not organize. They’re not going to come,” said Hussain.

Right now, Regent Park Muslims have small mosques called musallahs in Toronto Community Housing basements in the Regent Park area which TCH cleaned up for them to use. Daniels Learning Centre on Dundas East has also provided space.

Muslims pray five times daily including once in the late afternoon and then again in the evening. For their prayer services they walk to three musallahs on Gerrard St. E. and another on Sumach St.

The Islamic centre that the steering committee has in mind would include not just prayer and teaching space but perhaps facilities for counseling, a gymnasium and a library.

In addition to a centre, the Islamic community is also trying to find land on which to build a mosque. It would likely be outside, but close to,  Regent Park’s boundaries.

Councilor Pam McConnell said in an interview a co-op planned for the north side of Regent Park could provide space for the Islamic centre and that discussions are underway to find land on which to build a mosque. Land for the mosque would have to be purchased, she said, and the centre space would be either bought or leased.

“Toronto Community Housing is working very hard with (Toronto-Centre MPP) Glen Murray, myself and the community to see if we can resolve these two issues,” McConnell said. “It is important that we have a proper mosque facility as we do many churches.”

McConnell agreed with Hussain’s observation about Regent Park’s reduced crime rate. She said all indications are that it has “significantly dropped” because people are visible on the streets.

“That’s what the target and goal of (Regent Park’s) revitalization is. That’s the whole notion of getting activity in the neighbourhoods.”

Hussain said it was difficult in the beginning for the Islamic community to speak as one voice because there are several Muslim cultures in Regent Park from Africa, the Middle East, Asia, and eastern and western Europe.

It was Murray who suggested they organize to form the IRCSC, said Hussain. “That’s why (our efforts) are now more effective than before.”

Nonetheless, navigating bureaucracy has been slow. “It’s very hard for us to get land or space because of all the paperwork and to get permission from TCH,” said Hussain. He said the idea for an Islamic centre was proposed to the city, TCH, Murray and the Daniels Corporation in 2012.

The centre would be open to the general public but there would be a code of conduct in keeping with Islamic teaching.

“Anybody can come and do what they like, except activities against basic Islamic truths we cannot ignore. There’re going to be some guidelines or some procedure that everybody including Muslims will have to follow,” said Hussain.

Previous: Israel resident says funds given to Hamas cause warfare
Next: U.S. breaks its own law by failing to prosecute torture 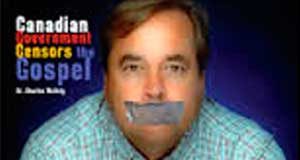