Implementing an unprecedented destructive 500 percent hike in property taxes on Yonge Street businesses, Mayor John Tory and city council will within the next series of 100% annual tax increases drive out unique and keynote merchants. The result will be to homogenize the once-celebrated streetscape to mediocrity.yonge tax grab

Hello bland, goodbye unique. Farewell to a key part our city’s history and its present.

Toronto citizens can help reverse this extraordinary assault and salvage many of these landmark retailers who have received what amounts to their walking papers in the form of confiscatory tax hikes by a callous city council.

It doesn’t have to happen if enough of us speak out passionately to our local councillors and to the mayor’s office encouraging them to save Yonge Street’s retail uniqueness and flavour.

Bigness doesn’t have to trump individuality and enterprise. Toronto mustn’t be that sort of place.

The city must retract these confiscatory tax hikes and quit pandering to bigness and firms with crushing wealth, consummate greed and the capacity to purchase and degrade whatever catches their eyes.

The flyers shown below are sprouting up in shop windows all along the historic retail strip and are worthy of your attention and your comments to your city councillor and Mayor John Tory: 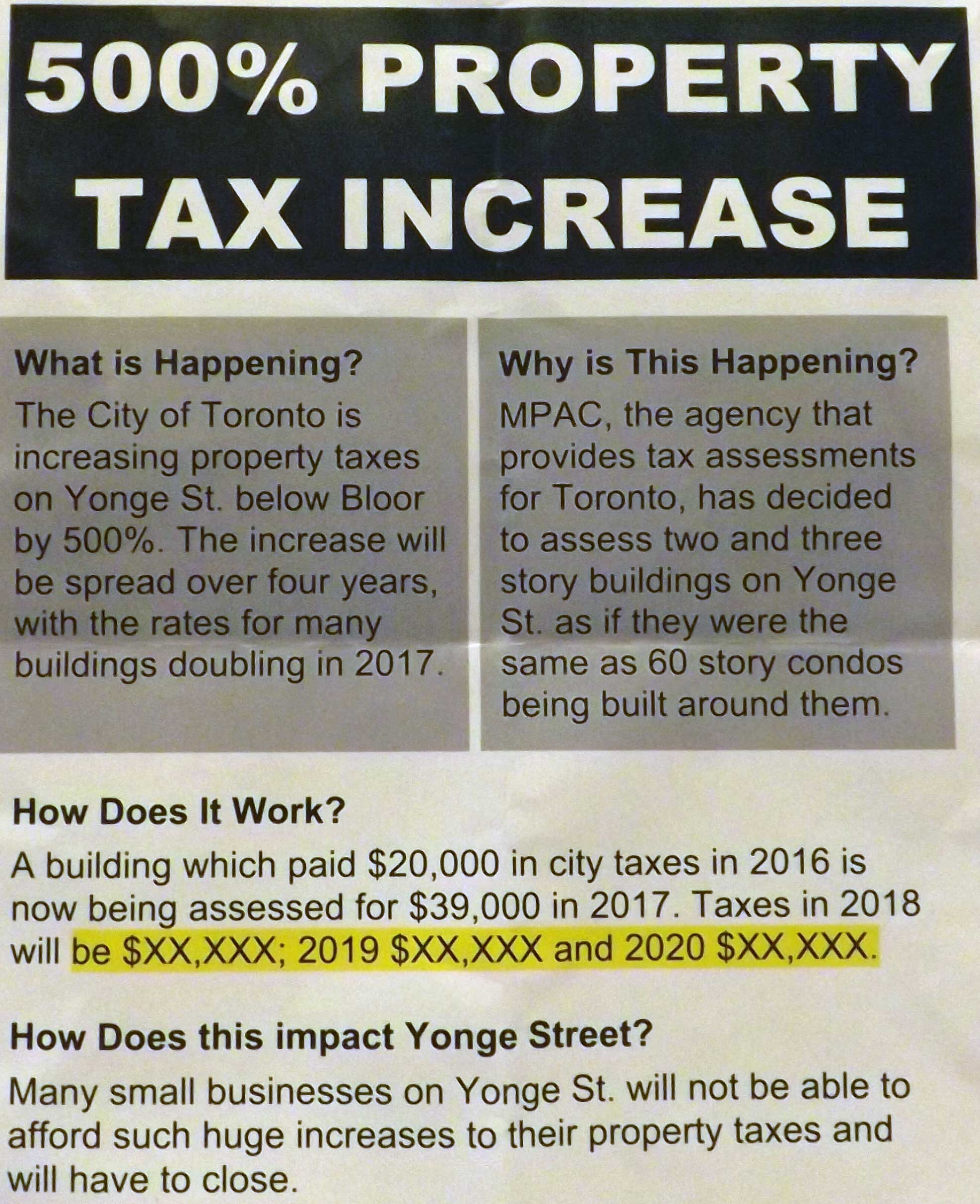 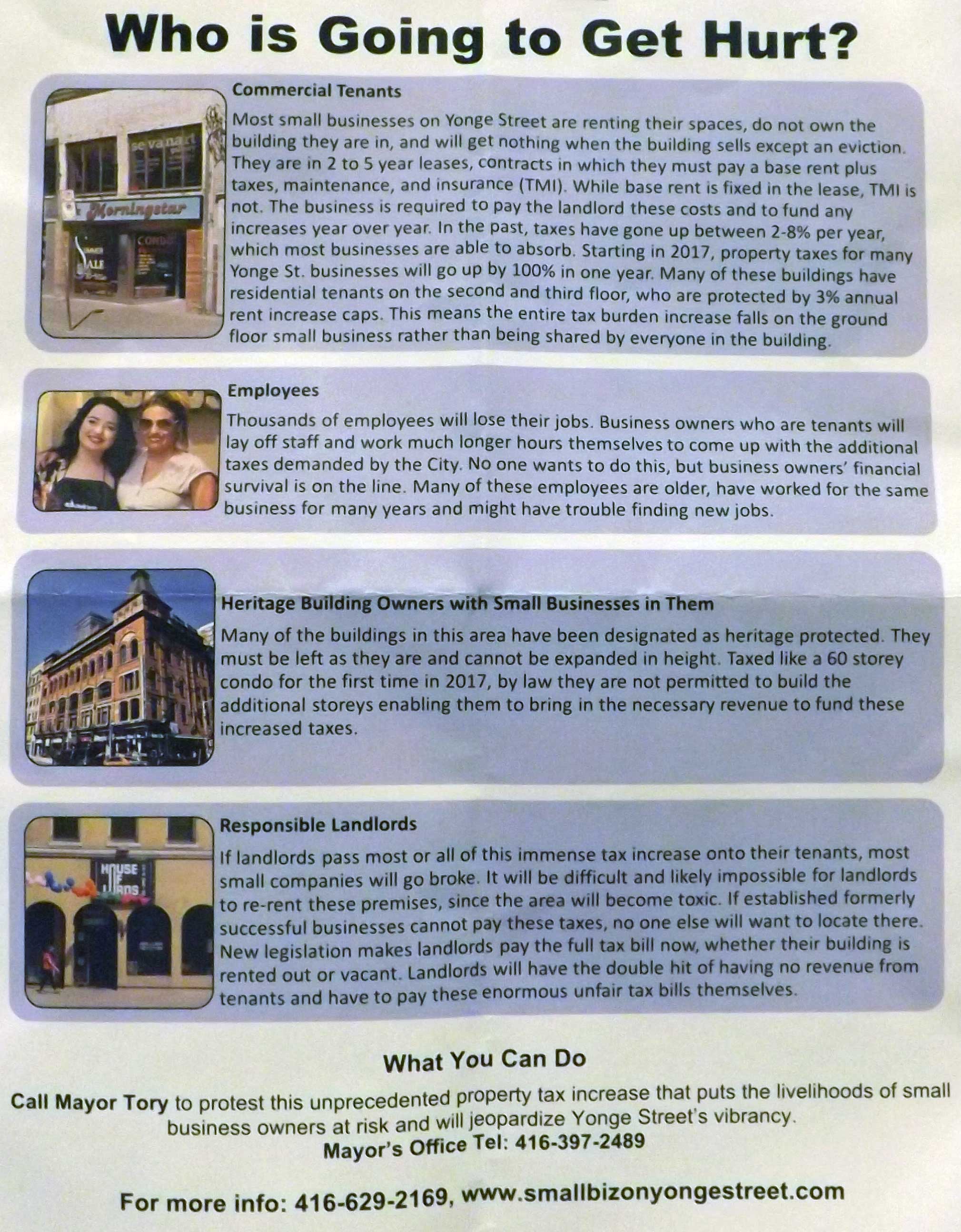 Ford is right on turning down cap-and-trade