What is OPG really up to at Pickering?

Posted by: Bulletin Editor June 12, 2018 Comments Off on What is OPG really up to at Pickering?

In response to calls to close the aging Pickering Nuclear Station, our newly elected Premier, Doug Ford, defended keeping the plant running until “at least” 2024 while on the campaign trail.

That phrase “at least” is very important because there is clear evidence that Ontario Power Generation (OPG) really wants to keep the plant operating way beyond its claimed  shutdown date of 2024.

Last year, OPG received approval to expand the storage capacity for spent nuclear fuel at Pickering to a level sufficient to hold up to 1.1 million spent fuel bundles in dry storage. These are the bundles of radioactive rods that are removed from the reactors after use. They contain a number of dangerous elements, including plutonium and other radionuclides that can damage the human body.

In other words, OPG has planned for enough waste storage to allow it to continue operating the reactors for up to 22 years beyond 2024– to keep this 50-year-old nuclear station operating until 2046! Of course, this fits with its application for a 10-year licence extension, despite the fact that it claims that it plans to close the station in 2024.

This is the hidden agenda for Pickering that OPG doesn’t want to talk about. After all, Pickering is already on “life extension” and has essentially been treated to a patch-up job to keep its reactors running.

Please send a note to OPG President and CEO Jeffrey Lyash <jeffrey.lyash@opg.com>, asking why they’re planning to have enough spent fuel storage capacity to allow the Pickering Nuclear Station to continue to operate until 2046 while publicly committing to close it in 2024.

We’ll have more to say about the wisdom of storing hundreds of thousands of radioactive fuel bundles right next to Lake Ontario shortly. Stay tuned.

Previous: Will our dads feel the love this Father’s Day?
Next: Dundas/Carlaw Toronto heritage plaque district 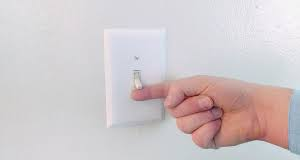 Ontario & Quebec flip the switch to a new electricity era