Posted by: Bulletin Editor April 4, 2017 Comments Off on Trump blows against Canada’s competitiveness

To the predictable howls of environmentalists, U.S. President Donald Trump has turned his pen on Barack Obama’s climate change policies—to the detriment of Canadians.

Signing the Promoting Energy Independence and Economic Growth executive order (EO) while surrounded by coal miners, Trump commenced the unravelling of a significant part of his predecessor’s climate legacy.

At the same time, he introduced a headwind to Canadian competitiveness.

Trump’s EO impacts numerous Obama executive orders and other regulatory actions. The most visible, and most seized upon by opponents of Trump’s policy, is his order to the Environmental Protection Agency (EPA) to review the agency’s Clean Power Plan. That’s a group of three rules intended to lead to the elimination of coal power generation in the United States. This is a big deal (although it’s also likely to be slower in having an impact than other elements of Trump’s climate EO) and will almost certainly go straight to the courts for litigation, as the rules derive from EPA’s authority to implement long-entrenched regulations such as the Clean Air Act, which the agencies are legally required to implement.

But other elements of Trump’s climate EO can be unilaterally imposed by the executive branch of the U.S. government and will likely face far less pushback from courts. For example, the Trump order calls for re-calculating the “social cost of carbon.” This is an estimate of the future damages of emitting greenhouse gas emissions today. If this recalculated value is lower than that used by the EPA under Obama, new cost-benefit calculations could lead to the re-evaluation and possible repeal of a number of regulations.

The EO also orders the heads of agencies to review all rules, regulations or similar measures that may hinder development of American energy resources. It calls for the revision or revocation of any such rules that are found burdensome. This is a massive undertaking involving every agency of the U.S. government, since revisions or repeals would be subject to public notice and comment periods. Even if it doesn’t result in many rollbacks, it’s hard to see how any agency has the resources to complete this task while seeking to issue new regulations. Paralysis by analysis is the game here.

It confirms that the U.S., at least federally, won’t pursue a greenhouse gas reduction agenda for at least four years. And even if Trump loses the next election to a climate-activist Democrat, it would be more years before his successor could reinstate aggressive greenhouse gas controls. And that has major implications for Canada.

Canada is pursuing exactly such actions, with carbon taxes and regulations coming on the books. These actions, by design, will make the costs of goods and services, manufacturing and mining, etc., more expensive in Canada – without any comparable action being taken federally in the U.S. Add possible tax reform and broader deregulation, and the U.S. is starting to look a lot more competitive than Canada.

Of course, there are uncertainties. Trump’s EO didn’t mention withdrawal from the Paris climate agreement or repealing the EPA’s “endangerment finding” that classifies greenhouse gases as a threat to human health. Both could be grounds for Trump-opposed courts to hinder the implementation of the EO. Still, even stasis is a significant change.

Prudent Canadian governments would do well to re-examine their climate policy pathway in light of the movement of that 320-million-person trading partner to our south. If nothing else, tapping on the brakes of our rush to carbon pricing and regulations might save Canadians from a world of economic hurt.

Previous: Informed consent: Are you really informed?
Next: Mentoring troubled youth fosters respect for others 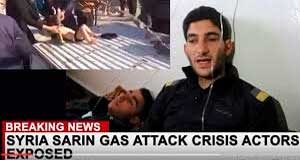