Ghosts from the hanging yard in our neighbourhood

Posted by: Bulletin News September 3, 2016 Comments Off on Ghosts from the hanging yard in our neighbourhood

The corner of Berkeley and The Esplanade is undoubtedly one the most historic spots we have in Toronto today.

It’s where once stood two small red brick buildings built in 1796, Canada’s First Parliament buildings. The buildings were destroyed by fire during the week-long occupation of York beginning April 26, 1813 by invading American forces during the War of 1812.

While never really proven that the Yanks did it, the British in retaliation set fire to the American president’s mansion in Washington. It was later repainted white and dubbed the White House ever since.

Larger Parliament buildings were rebuilt on the same site but once again were destroyed by fire in 1824.

After meeting in various taverns and ballrooms Parliament moved across town to Front Street West (now the site of the CBC Broadcasting Centre) where Parliament sat in a brand new Legislative building on and off (after moving from Kingston and Montreal for a few years) until 1892.

The following year in 1893 Parliament that began on Berkeley Street finally moved to its present location, the magnificently appointed and still in use Queen’s Park Legislative Building.

By 1838 the First Parliament site became one of the horrific locations in our early history: the Berkeley Street Goal (jail) with its menacing limestone walls surrounding a hanging yard.

While some prison reform was being practised in Britain and the rest of Europe, the powers that be here in Upper Canada would have none of that reform stuff for fear of minor rebellion—or worse, a major revolution.

On the patch of grass where today kids play soccer, prisoners once were strung up by their wrists, beaten with straps, shackled to walls, deprived of water, force-fed disgusting concoctions and hanged for crimes as little as stealing a piece of bread to feed a starving family.

After being vacated in 1860 the Berkeley Street Goal stood empty for almost 20 years as a silent reminder of the horrendous old way of doing things. When the new Don Jail opened in 1865 at Gerrard and Broadview conditions were better, though still appalling by today’s standards.

When the old Berkeley Street jail was finally demolished in 1887 the site became home to the very engines of the Industrial Revolution: coal and gas.

The corner of The Esplanade and Berkeley at the beginning of the 20th century was dominating by two giants of Toronto’s early industrial era, the Elias Rogers Coal and Lumber Company and the mighty Consumers’ Gas Complex.

These refinery yards were colossal, taking up the blocks bounded by Sherbourne, Front, Berkeley and The Esplanade and stretching across Parliament street over to Mill Street.

Until they were cleaned in the early 1980’s, Toronto’s landmark buildings suffered through years of soot and grime turning their original colourful facades black with the grunge of industry.  Coal ran this city much like electricity does today and during the late 19th and early 20th century the more smoke that billowed out over a metropolis; the more prosperous it appeared.

Coal dust and thick smoke was everywhere and when mixed with moisture in the air the city was blanketed in dense fog and the consequences became a deadly blend filling people’s lungs with its toxic poison. With no regard of people’s health, the furnaces kept blasting away and the chimneys kept pouring out its poisonous industrial soup.

To add to this there was also the ironworks of Reid and Brown, the bridge-and-elevator building firm of Medler and Arnot and the enormous blast furnace of the Dominion Foundry all crammed onto the corner of Berkeley and The Esplanade.

In the area today on the north side of Mill Street just east of Parliament Street where the new Data Centre now stands, enormous gas holding tanks over 300 feet (91 metres) tall, some of the largest structures in pre-skyscraper Toronto once stood. These gigantic containers were all interconnected by conduits, pipes and tubes that ran along trestles over Parliament Street then linked up to the various buildings that made up the colossal gas works.

While most of this massive coal gas complex was demolished in the 1960s a few structures still remain including the former Consumers’ Gas purifying house (1899), now remodeled into the new 51 Division Police Station at Parliament and Front; the former engine house of the gas company at Front and Berkeley (1887), now home to the Canadian Opera Company and the four structures that make up the Canadian Stage Co. (CanStage) on Berkeley; all once part of the vast gas works owned and operated by the Consumers Gas Company of Toronto.

Another building complex from Toronto’s Industrial Revolution past in the area that managed to survive is Berkeley Castle the former home to the Toronto Knitting and Yarn Factory, built in 1866. In 1979-82 the entire factory compound was completely re-modeled into a modern commercial enterprise by visionary architect Jack Diamond

In the 1960s when the bulldozers moved in to clear away much of Toronto’s urban areas many of Toronto’s greatest buildings were demolished without the chance of a good scrub down allowing their fine details to show though. Luckily these few buildings at Berkeley and The Esplanade survived and a whole new neighbourhood was built upon the ashes of our early history and today gushing fountains have replaced belching chimney stacks.

Previous: How Do You Sense God’s Presence? (Part 2 of 6)
Next: Financial District then & now: Toronto-Dominion Centre 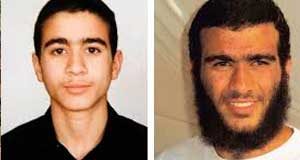