A blast from our past bullesyes Harris, McGuinty and Tory

Posted by: Bulletin Editor June 15, 2016 Comments Off on A blast from our past bullesyes Harris, McGuinty and Tory

The following is a column I wrote back in February 2007 and it’s so apt even today I decided to republish it (online only) in June 2016. It deals with two political has beens and one current mayor:

What does the planet Pluto have in common with Dalton McGuinty? Both were demoted in 2006 from planetary stature to plain old icy chunks of rock after people learned the truth about them. Ex-planet Pluto had been elevated to its high spot in the astronomical charts because of the fact it could be seen at all in those crude early telescopes.

For McGuinty, the man nobody ever wanted, slipping in as everyone’s last choice at the Liberal convention was timing beyond anything he could have normally produced. The stars were aligned to prop him at the top and allow him to disgrace himself in public as he has done ever since.

Elected by a weary, battered population to reverse the lunatic regime of Mike Harris, McG promptly didn’t. Though he wasn’t born with a silver spoon in his mouth like aristocrat John Tory, and though he was nominally a Liberal, McG instantly sided with society’s privileged classes and began breaking promises so forthrightly that it almost seemed ethical.

He immediately dashed his green credentials by allowing about a thousand houses to be built on the environmentally precious Oak Ridges Moraine. That’s where we got the first shining example of the colours McG wore into combat. He was firmly in the developers’ camp.

To help him count and do sums, he engaged as finance minister, second-in-command and alter-brain, developer Greg Sorbara. Though McG could have expropriated those invaluable moraine lands, he couldn’t go against his developer pals who stood to gain so much by building houses on them.

Rather than abolish the ruinous Ontario Municipal Board that has served as a rubber stamp for destructive developers’ profit lusts, McG keeps it going wicked as ever. While Toronto swelters in a dysfunctional transit morass, McG and Sorbara pledge to spend billions of our dollars building a subway to nowhere. It would make a lot of empty land around York University much more valuable for development while the populous Downtown continues to endure transit gridlock.

When another priceless environmental treasure came under pressure from road builders—the Niagara Escarpment—McG went for the development. Then, the sacred ground was “needed” for a gravel pit so developers and road builders could have easy-to-get building material. Again McG delivered the Escarpment over to his developer soulmates. After the deranged Harris government downloaded as many of its responsibilities as it wanted onto Toronto property taxpayers, McG kept it that way.

When the evil bastards slashed payments to those least able to survive in our society, McG kept it that way. The promise of the Liberals under this doofus from Ottawa was they would reverse and make right the atrocities committed by the Tories, especially against Toronto. Rather than raise the minimum wage to something a family with two working parents might be able to live on without receiving public money—like $10 an hour—McG gave the honest working poor a 25-cent raise in almost the same breath in which he boldly gave himself and fellow politicians a 25% raise.

McG is a bad guy. He needs an opportunity to redeem his miserable self in honourable toil away from the public teat. Problem is, John Tory is also a bad guy. A very bad guy. Right now he’s non threatening, standing as he does in the boonies tossing cowpies at McG. But keep in mind the difference between the social elites like Tory and the little guys like we.

When he was working for media monopolist Ted Rogers, John Tory developed a ripoff called “negative-option” billing. It tricked into paying for an unwanted service the little person who just trusts that Teddy’s complicated invoices are honestly if enigmatically stated.

So those poor suckers were bamboozled into buying what they didn’t intend to buy—what John and Ted knew they wouldn’t likely otherwise buy— because they were otherwise supposed to remove that item from their bills. Why do the elites stoop to rip off little guys? Because there are so many little guys it adds up. So if we’re going to have real liberals in Queen’s Park, Dalton must be replaced as leader by an honest Grit. Fortunately there are several in his Cabinet. Otherwise we may find ourselves negatively optioned off to be ruled by a horrid political party that still has some of the evil bagmen and delusional yokels who tormented us during the Harris years. -30-

If you’re interested in seeing more past editions of The Bulletin as downloaded PDF files, visit http://www.thetorontobulletin.com 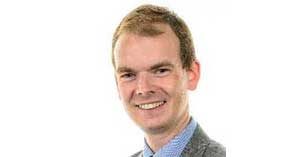 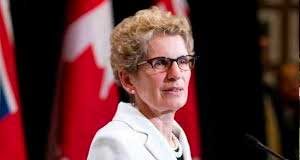